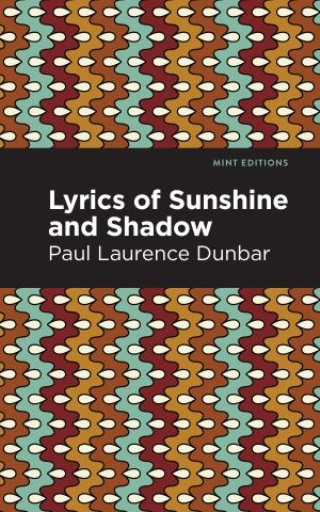 Lyrics of Sunshine and Shadow

Lyrics of Sunshine and Shadow (1905) is a collection of poems by African American author Paul Laurence Dunbar. Published while Dunbar was suffering from tuberculosis, alcoholism, and depression, Lyrics of Sunshine and Shadow builds on his reputation as an artist with a powerful vision of faith and perseverance who sought to capture and examine the diversity of the African American experience. In “The Place Where the Rainbow Ends,” Dunbar, perhaps reflecting on his proximity to death, provides a simple song with a cautionary, utopian vision of hope and happiness: “Oh, many have sought it, / And all would have bought it, / With the blood we so recklessly spend; / But none has uncovered, / The gold, nor discovered / The spot at the rainbow’s end.” Meditative and bittersweet, Dunbar rejects wealth and power as a means of achieving fulfillment, looking instead to establish an inner peace for himself that he might “find without motion, / The place where the rainbow ends,” a place “[w]here care shall be quiet, / And love shall run riot, / And [he] shall find wealth in [his] friends.” Whether a vision of heaven or of the possibility of peace on earth, this poem finds echoes across Dunbar’s penultimate volume. Nearing death at such a young age, he prepares himself to lose the life he had fought so hard to achieve, a life devoted to reaching the hearts and minds of others. As we all must, he ends on a question, opening himself to the unknown without losing hope for the possibility of peace and reunion to come: “Where shall we meet, who knows, who knows?” In the reader, his song carries on. With a beautifully designed cover and professionally typeset manuscript, this edition of Paul Laurence Dunbar’s Lyrics of Sunshine and Shadow is a classic of African American literature reimagined for modern readers.

Paul Laurence Dunbar (1872-1906) was an African American poet, novelist, and playwright. Born in Dayton, Ohio, Dunbar was the son of parents who were emancipated from slavery in Kentucky during the American Civil War. He began writing stories and poems as a young boy, eventually publishing some in a local newspaper at the age of sixteen. In 1890, Dunbar worked as a writer and editor for The Tattler, Dayton’s first weekly newspaper for African Americans, which was a joint project undertaken with the help of Dunbar’s friends Wilbur and Orville Wright. The following year, after completing school, he struggled to make ends meet with a job as an elevator operator and envisioned for himself a career as a professional writer. In 1893, he published Oak and Ivy, a debut collection of poetry blending traditional verse and poems written in dialect. In 1896, a positive review of his collection Majors and Minors from noted critic William Dean Howells established Dunbar’s reputation as a rising star in American literature. Over the next decade, Dunbar wrote ten more books of poetry, four collections of short stories, four novels, a musical, and a play. In his brief career, Dunbar became a respected advocate for civil rights, participating in meetings and helping to found the American Negro Academy. His lyrics for In Dahomey (1903) formed the centerpiece to the first musical written and performed by African Americans on Broadway, and many of his essays and poems appeared in the nation’s leading publications, including Harper’s Weekly and the Saturday Evening Post. Diagnosed with tuberculosis in 1900, however, Dunbar’s health steadily declined in his final years, leading to his death at the age of thirty-three while at the height of his career.